Myra Spiliopoulou was PC Chair of the IEEE 2016 Int. Symposium on Computer-Based Medical Systems (CBMS 2016), together with Jaakko Hollmen (Univ. Aalto, Finland). CBMS 2016 took place in Belfast and Dublin, June 20-23, 2016. The proceedings are now online as part of the IEEE XPlore digital library under: 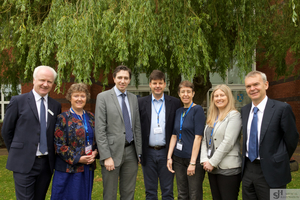 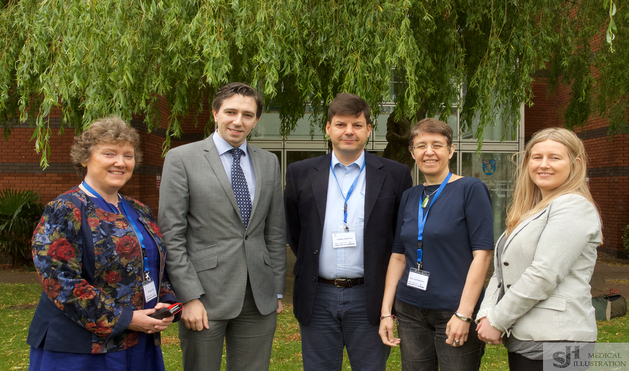 Tutorial webpage of the PAKDD2016 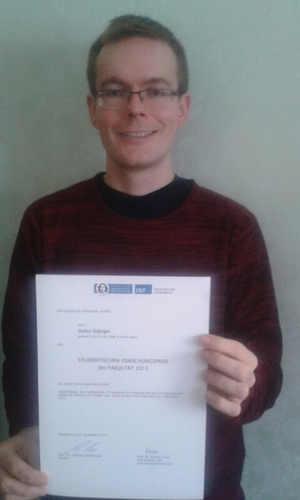 Stefan Räbiger is the recipient of the award "Studentischer Forschungspreis 2015" for the paper "A Framework for Validating the Merit of Properties that Predict the Influence of a Twitter User", which was co-written by Prof. Myra Spiliopoulou. It was awarded by the faculty of Computer Science of the Otto-von-Guericke University. The paper is based on his master's thesis which was also supervised by Prof. Spiliopoulou. 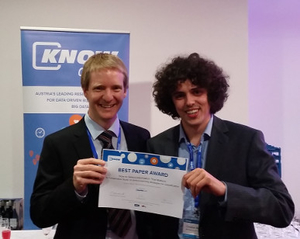 The KMD group is happy to announce that the paper "How to Select Information That Matters: A Comparative Study on Active Learning Strategies for Classification" by Christian Beyer, Georg Krempl and Vincent Lemaire has won the Best Paper Award at this year's iKnow (15th International Conference on Knowledge Technologies and Data-Driven Business 2015, Graz, Austria). 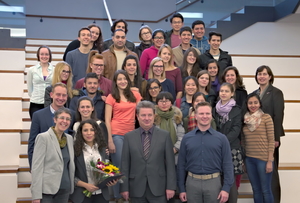 Mrs. Nedime Tugce Habip, student of the Master Digital Engineering, is the recipient of the 2015 award "Otto-von-Guericke-Stipendium". The city of Magdeburg gives this award since 2003 to international students with excellent academic performance and social engagement. Next to her superior performance in her studies, Mrs. Habip engages in mentoring international students from the Master Digital Engineering and Master Data & Knowledge Engineering degrees and in further social activities in the University and in our city. Mrs. Habip was nominated by the studies coordinator of the Master Data & Knowledge Engineering, Prof. Myra Spiliopoulou. 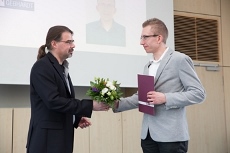 The article was written within the frame of scientific individual project during Uli's Master study of Business Information Systems and employs data from the Study of Health in Pomerania (SHIP). This work is a cooperation of the KMD research lab with the University Medicine Greifswald.

The prestigious journal Expert Systems with Applications (ESWA) from Elsevier emphasises on artificial intelligence and machine learning methods with a special focus on challenging practical applications. The article was submitted on 25.10.2013 and accepted on 20.02.2014. ESWA has an Impact Factor of 1.965 (2013) and a Five-Year Impact Factor of 2.254.